I received this mask in my February ipsy bag. The first I noticed was that instead of instructions or an ingredients list, there is a Vitamin A warning.

The warning isn’t super useful. I’ll spare you the google rabbit hole: Vitamin A is retinol. Retinol sensitizes your skin to the sun. I would recommend using this mask at night and wearing sunscreen afterwards. There’s a small risk of excessive Vitamin A intake if you’re pregnant. I should not be your main source of advice if you’re pregnant.

The second thing I noticed was that this was the absolute stingiest sample I have ever received. They should have sent a foil packet. This tube contains enough product for one very thin application. One.

It’s not very pink, either. They cut the pink clay with bentonite. That doesn’t sound sexy, but bentonite is made from volcanic ash. Where’s my pastel metal volcano advertising? Missed opportunity.

True to ipsy fashion, this mask burns like a mother as it dries. It didn’t break me out or make my skin red, though. My skin even felt SUPER smooth and soft after. It was nice. It made me forget that this smelled vaguely like a hospital.

So, I looked up purchasing it and — 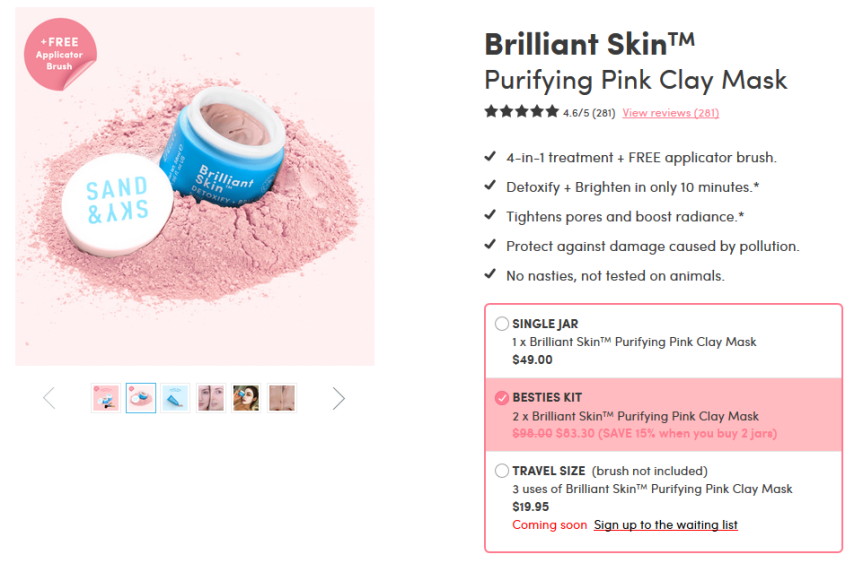 The website looks like a marketing scam. If you changed all of the pink to yellow, it would be an ebook money grab targeting old people.

Guys. Don’t pay $50 for a product that doesn’t tell you to wear sunscreen with it.

While we’re at it, calm down with the “not tested on animals” hype. Do you know why they don’t test their product on animals? Because everything in it has already been extensively tested on animals. There’s nothing innovative or new going on here. It’s not a commitment to animal welfare. They aren’t testing because they don’t have to and it’s easier to not do it. Everything you use that is “cruelty-free” is built on years of animal testing. That’s a low bar for changing the world. I’ll be impressed when we’re pioneering biodegradable packaging and cutting down on water used in production. If a company isn’t doing that, I don’t care.

What’s the most expensive dirt that you’ve ever rubbed on your face? This is mine.

Kangsi Pack is a 24K gold mask that does EVERYTHING. I guess. Just like the carbonated clay mask, I have no idea what this says or means. Is that a train conductor piggy?

The Amazon page says it both moisturizes your skin and sucks the oil out of your pores. I have a conceptual problem with that, but not enough to not put it on my face.

I expected rubbing literal gold on my face to look more luxurious, but here we are.
I also expected this to be a peel off mask. 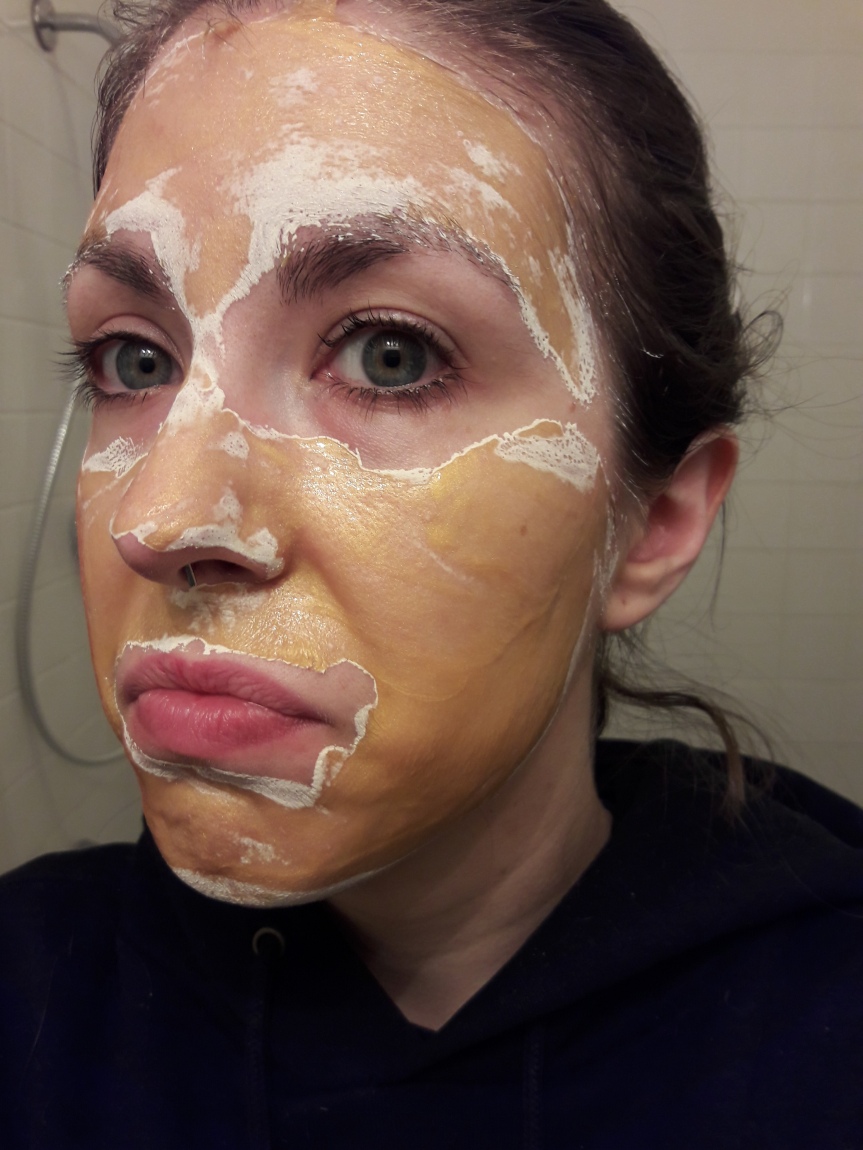 I was wrong. It’s clay. Clay masks aren’t my favorite. A lot of them irritate my face and I hate washing them off.

This one washed off without a problem! I think. It helps that it’s not black or green, and that I use a konjac sponge

. Your mileage may vary.

Experience: 6/10. We need to have a little talk about the fragrance. Imagine what a diaper rash cream would smell like if Bath and Body Works made one. It’s kind of nice, but it’s kind of weird. And strong. I also sneezed a lot when I was using this, either because there’s some floral stuff going on, or because my nose itched from the clay and my septum ring. I dunno.
Post-mask skinfeel: 7/10. I don’t know what witchcraft this was, but my pores looked smaller. My skin wasn’t red like after a lot of clay masks. My skin did feel tight, which I think some people interpret as ~toning~. I interpret it as my skin being dry and moisturized that away.
Overall: 6.5/10. If we were rating just clay masks, this would probably be an 8.

UPDATE: I’m knocking it down to a 4.5 because it made my face break out. Rude.

You can get your own from Amazon here: Elizavecca Milky Piggy Kangsi Pack

Do you want me to review a specific product? Leave a note that you want your donation to go towards it!

# Other places on the web

Lovely header by Art by Lønfeldt on Unsplash.