This lotion has a NAME. Surge! Intense! It’s making some claims. And it should for $40.

I didn’t pay $40 for a lotion, don’t worry. I got a sample using ipsy points back in May. 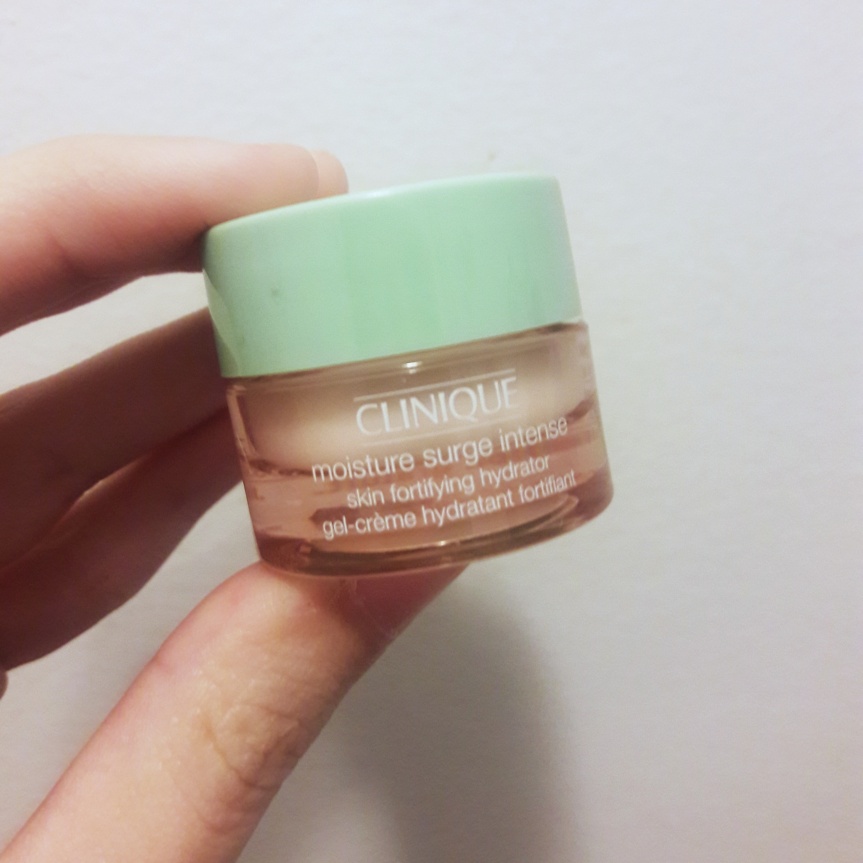 You might remember that I wasn’t initially impressed with it. I didn’t think that it was moisturizing nearly as well as my CeraVe. A bunch of you yelled at me to really give it a chance because you love it.

And you were right. I just wasn’t using enough.

I had to hurry to take pictures before I used it all.

A 7 mL sample lasted me for a month of once daily use. I still used my CeraVe at night. Why only once a day? This lotion doesn’t make my sunscreen pill up. I was rationing it. The pill life is real, but I refuse to try new sunscreen when I have so much left of what I’m using.

It hydrates well when you slather it on and dries pretty quickly. It doesn’t have any added fragrance, but does smell faintly of alcohol. Butylene glycol (an alcohol) is the fourth ingredient. My organic chemistry classes didn’t teach me to identify alcohols based on smell, but I think that might be it.

So, am I going to start budgeting for an annual fund of $80 on morning moisturizer alone? I was pretty tempted. It’s good. BUT it contains some of the micro-plastics that I’m trying to avoid in my skincare. Environmentalism has saved my wallet.

I think that the major ingredient my daily CeraVe doesn’t have is squalane. I’m going to try adding a squalane serum to my routine and continue to pray for a sunscreen that doesn’t pill with my current set up.

Any squalane recommendations for me?

First things first: I did not buy this $50 moisturizer. I got a sample with my Sephora order.

This moisturizer is terrible.

The first thing I noticed was that it smells pretty strongly of alcohol, which I was not expecting from something that is supposed to moisturize my skin. I looked up the ingredients and they’re mostly the ‘good alcohols‘. That’s nice. I have no idea why it’s such a bad product now.

It’s a gel. Usually gel moisturizers work well with my skin, which tends to be oily. Gels tend to absorb fairly quickly and matte on me. This one left me shiny, and instantly sticky.

I stuck it out for about an hour. Drunk Elephant is a supposedly good brand. Some things need time to sink in. My poor winter skin started feeling drier and drier. I finally gave up on this being a nice experience and slathered my face in my normal Cerave.

And no, I didn’t notice that layering Cerave over this made it work any better. Save your money.

Do you want me to review a specific product? Leave a note that you want your donation to go towards it!

# Other places on the web

Lovely header by Art by Lønfeldt on Unsplash.